If there is one place which is most famous for its true beauty it is the Taj Mahal, known globally as one of the 7 wonders of the world, but the story behind it is amazing. As Sridar and the Taj tour narrated the story behind the Taj, they both narrated that The Taj Mahal was commissioned by Shah Jahan in 1631, to be built in the memory of his wife Mumtaz Mahal, a Persian princess who died on 17 June that year, giving birth to their 14th child. Construction started in 1632 and the mausoleum was completed in 1643, while the surrounding buildings and garden were finished five years later. The imperial court documenting Shah Jahan’s grief after the death of Mumtaz Mahal illustrates the love story held as the inspiration for the Taj Mahal and how both the princess and the king are buried there, what even amazed me was the beauty of the Taj and the way it was constructed it truly showed that it was a gift of love which was well thought and well planned, but truth be told this was not the best or amazing thing I’ve seen today, the most amazing thing I saw was not the building, the beautiful calligraphy, the tombs, the pools, the beautiful sandstone gates. 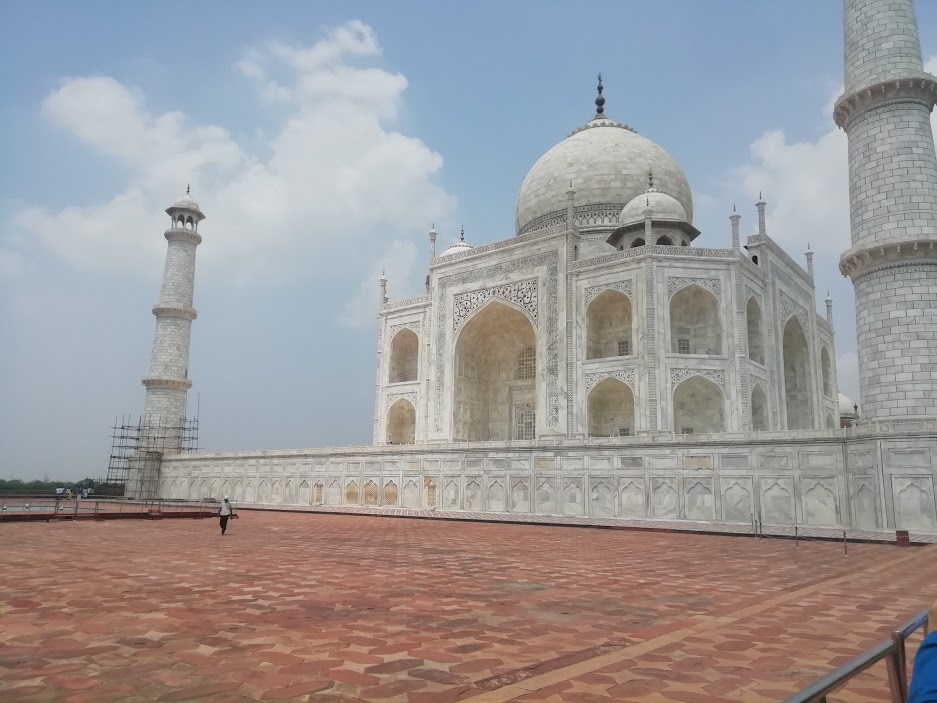 What truly amazed me was the happenings outside the Taj Mahal, well you might say Phila how can you not be amazed by such beauty? What could have amazed you so much that you say that the Taj Mahal is the second best thing you saw today? Well here’s the story, as I was walking out of the Taj Mahal east gate, still amazed and at awe of the beauty of the Taj, I saw at the corner of my eye children selling water globes with a mini replica of the Taj Mahal inside of it, now the sight of these two children was not what amazed me, it was the interaction between these two children and one 360plus student/participant Tahani( Malak), What amazed me was the way Malak answered to the girl who was trying to get her to buy the item that she was selling in a passive-aggressive manner. Malak did not just look up and walk past as if the children were not there like most of us did, instead she took a moment and she went down and with a big smile on her face started explaining why she could not buy the item in a low calm voice and as she did this you could see that there was mutual understanding between her and the young girl. What happened next warmed my heart, that young girl Malak was talking to, skipped away happily and came back with her sister and they both decided to gift Malak with a small key chain of the replica of the water globe as a way to show their appreciation because of what Malak did, so it is safe to say that it was a gift of love. This amazed me and I actually learned a huge lesson from that moment, that moment showed me that a smile and a simple act of kindness towards someone else regardless of who they are, Is the most important factor to building good, healthy relationships and is a important factor in being a true citizen of your community because a true citizen is a emphatic, sympathetic and caring citizen just like Malak. 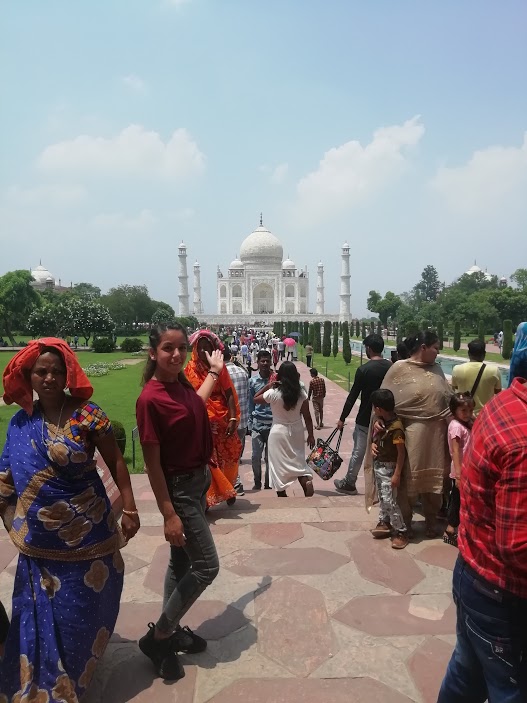