Imprisoned, taken away from your wife, separated from your children, tortured and discriminated only because of your skin colour and desire to see a South Africa which is free from the shackles of bond age. this in short summarizes the effects of the cruel apartheid regime in the life of the the late Nelson Rolihlahla Mandela and many other non-white people in South Africa during the Apartheid era. Nelson had a choice to sit back and decide to conform to the cruel government or to stand and use his skills to fight against the oppression. He chose to stand.

Now here’s a question, how do you celebrate the life of a man who has given 67 years of his life for the fight against poverty, a man who has fought for social justice for 67 years of his life. I say in turn give 67 minutes of your time doing good deeds and community service especially on his birthday, this is the whole message and idea behind Nelson Mandela day, Today marked the 102nd birthday of the late Nelson Rolihlahla Mandela affectionately known by many South African people as Tata meaning father as he is titled the father of the nation and Madiba. Today we had a chance to celebrate Nelson Mandela day by going to a nearby school and spending our time there with the children as a way of celebrating Mandela day. We spent some time with these children and as we were playing games with them I was moved and felt an overwhelming feeling of satisfaction, being able to put a genuine smile on a person’s face is one of the most satisfying feelings ever. I can only imagine that this might have been Mandela’s feeling and desire to put a smile on everyone’s face regardless of their race, culture, ethnicity, gender and religion. I always wondered how could Mandela have preached peace as a solution to end the apartheid regime and truth be told I saw Mandela as an insane man . I saw him as the Dalai lama of the white people of the apartheid regime until yesterday seeing those smiles on those children’s faces truly blessed me and has made me truly realize that Mandela understood that a society where there is peace and inclusion is a perfect society. 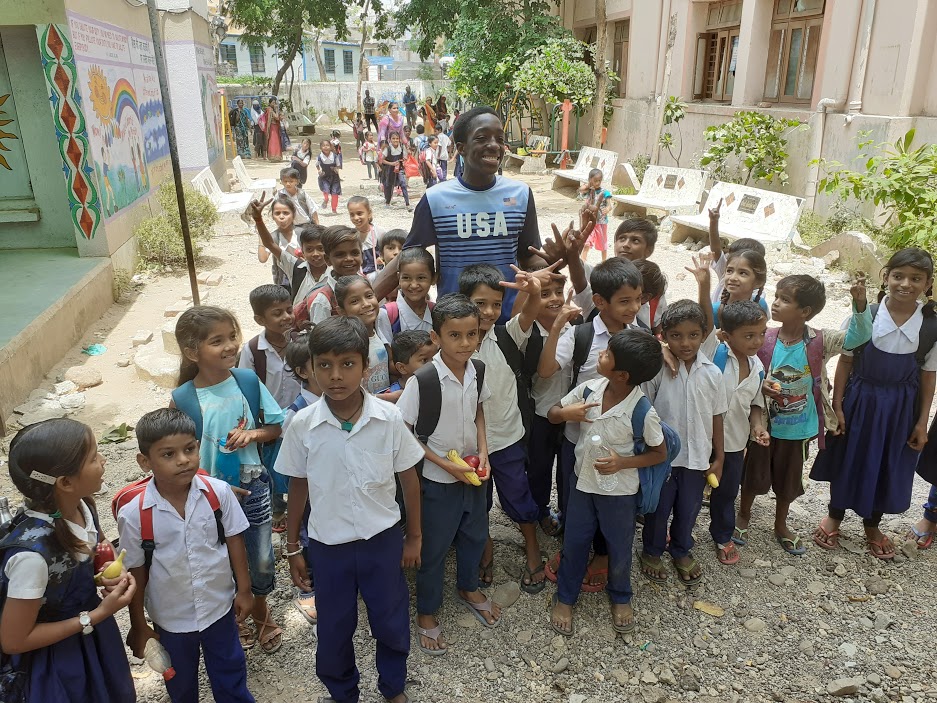 Sajed with a group of children.