We had a rough night on our way to Ahmedabad. We got to dive in the Indian culture in a very unique way – by experiencing the extraordinary Indian train ride in a sleeping coach which was offering moving beds not only to our colourful group, but to all kinds of locals. Although sleeping in a bunk bed in an Indian train was a once in a lifetime opportunity which you just cannot miss (especially if you get the highest bunk, very close to the dangerously spinning fan on the ceiling), many of us couldn’t fall asleep because of the noises of the fans or the shaking of the train. And that resulted in a massive lack of concentration at the station when we arrived and in the bus which led us to our hotel, so the first impressions of the city were the few things that we managed to see through our constantly closing eyelids – markets for fruits and vegetables on the streets, children going to school since it was around 6am (which justifies our sleepiness), beautiful buildings and a few camels. But this poor vision of Ahmedabad was soon to be changed by the wonderful hosts who met us at the hotel when we arrived. In order to welcome us to their city, they had prepared for us a full presentation on its history and culture including a photography workshop, fun games, learning a traditional dance and even sampling traditional food!

What I learned is that Ahmedabad is a city with a lot of diversity, rich in history, culture and traditions. The diversity of the city is caused by the many different nations who have conquered and ruled it throughout the centuries. A significant change have made the British – during their rule the language, culture, food and even education system have drastically changed forever. The Indian school system for example has consisted of a forest and a guru – yup, the parents sent their children to live in nature for a certain period of time and learn how to survive and be in peace with the world and themselves. That happens with the help of a guru who watches over the kids, and also written stories that the children read which bring the knowledge and wisdom locked within their meaning. The most entertaining part of the presentations was about the festivals and traditional foods. We learned about the festival of kites – Uttarayan, on which all the people of Ahmedabad fill the sky with millions of colours – beautiful handmade kites. We saw the process of crafting and got the chance to hold and see upclose original kites. An interesting tradition that they have on this festival is the “fighting with kites” in which two kites flying close by each other are bumped and interwined together, and their owners either pull or loosen the strings of their kites in order to tear up the kite of the other and win.

Another amazing festival that they have is Navratri – it is the biggest dance festival in the world which lasts 6 days with continuous dancing in beautiful traditional dresses and kurtas! We were shown part of the dance Garba, which is a complex combination of turns and spins with claps. We weren’t very good at mastering the elegant steps, but the girl who was teaching us the dance turned out to be a local champion at it and she showed us some of her best moves. In our turn, we demonstrated some “masterful dance steps” from our countries. 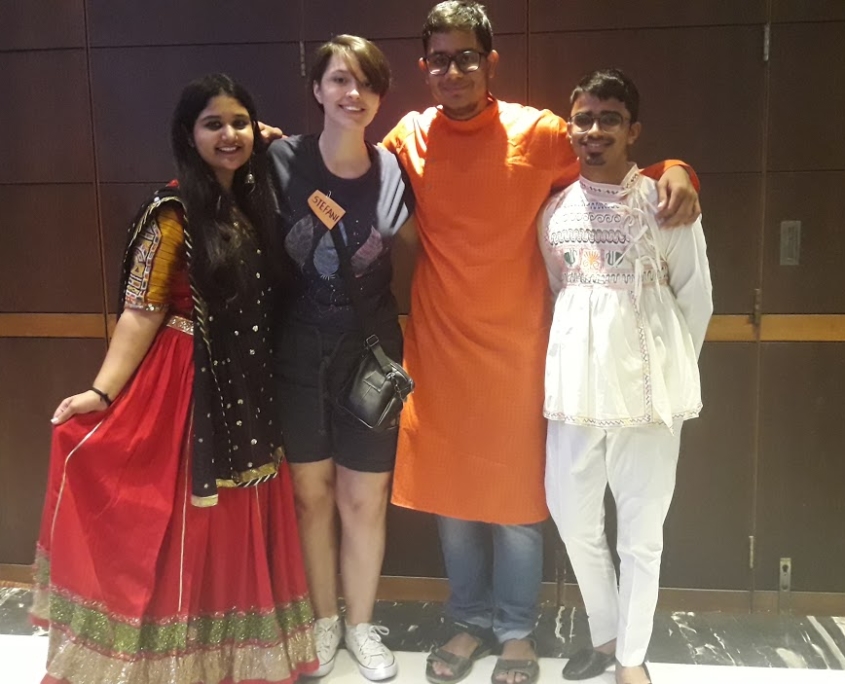 Next we learned about the food – they told us how some traditional festival treats were made and (my favourite part) gave us unlimited samples of each! What I liked the most was the seasame and peanut Chikki (imagine it as a hard bar made of seasame/peanuts and brown sugar).

And with that, the wonderful presentations and our first day in Ahmedabad came to an end – we learned a lot about the city without even going outside of the hotel. I am thankful to the warmhearted people who introduced us so willingly to the culture of their community and made us feel welcome to join in as a part of it.

Can’t wait for tomorrow when we will actually go out into Ahmedabad and experience for ourselves the astonishing places we saw in the presentations! 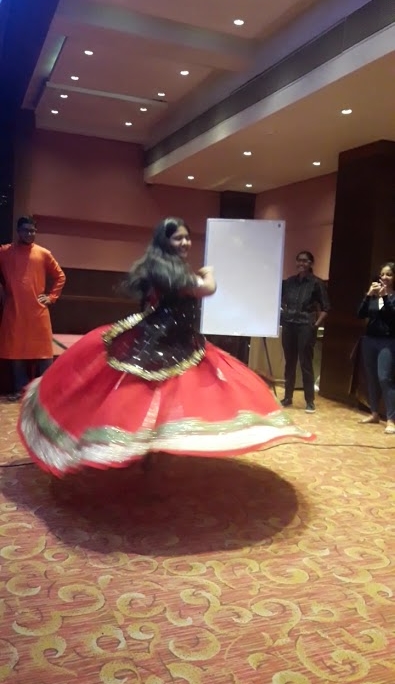 A CHANGED PERSPECTIVE OF NELSON MANDELA
How Ahmedabad is Treating Us
Separation
ADVENTURES IN AHMEDABAD (AMDAVAD) : IMAGINE A WORLD WHERE EVERYONE IS AWARE
July 1: The Beginning of the LC 2019
The black and white picture of my history book
27 replies